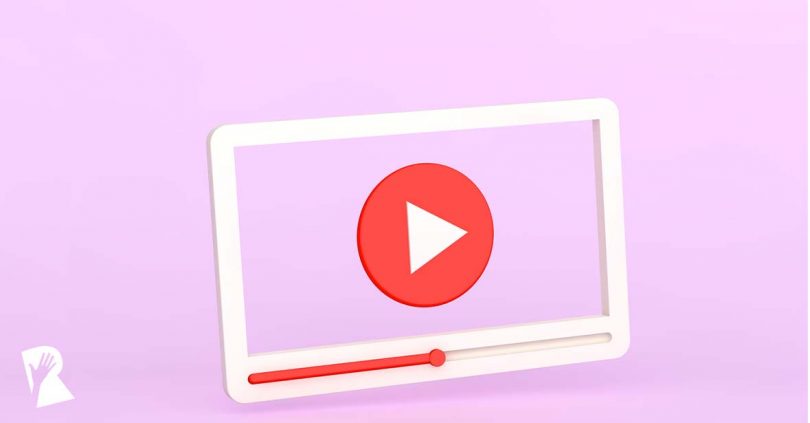 Video has become one of the most effective formats for recruitment over the past few years, but you need more than just a creative idea. Jonna Sjoevall from UBS, winner of 2 Rally Awards last year, shares her strategy for a winning Recruitment Marketing video campaign.

Hi Rally Community! My name is Jonna Sjoevall, and I’m the Global Head of Employer Branding and Recruitment Marketing at UBS, a Swiss headquartered global bank and the world’s largest wealth manager with over 71,000 employees.

It’s no secret that video has emerged as one of the most effective formats for recruitment in the past few years. From job posting views to applications, the data is clear: video performs better than its text and image counterparts.

That said, I understand that the heavier creative, time and budget toll of videos can be off-putting and seem unrealistic to companies. Getting to the point where video is worth the investment can be a long, iterative process. But, as we’ve found at UBS, I assure you it’s worth it.

To prove it, I’m sharing how my team and I used our “Consulting, but different” video campaign to hire a significant number of former management consultants — the most successful Recruitment Marketing campaign in UBS history!

Rally note: Nominations are now being accepted for the 2022 Rally Awards. Early bird entry ends on January 31! Learn more and submit an entry.

1. Start with a specific audience and purpose

It’s tempting to hear about the power of video in recruiting and want to jump right to creating videos, but the most effective campaigns are based around a specific purpose and driven by a data-backed strategy.

For example, our research revealed that the consulting talent audience we were trying to hire was not aware of our Group Internal Consulting (GIC) practice within the company. This informed our 3-stage approach of grabbing candidates’ attention first, raising awareness of our internal practice and then further moving them along the funnel to get them to consider us and eventually apply.

We also used data to determine what type of content worked for each stage of the funnel, and built a candidate journey to be able to drive results. This was done using external research and in collaboration with existing consultant employees at UBS. These consultants were involved from the very start and helped to vet the video concepts, lingo, tone and approach we came up with.

While the concepts changed from video to video, the goal stayed the same: get the attention of management consultants, quickly address the challenges commonly found in big-name consulting companies and present working in-house at UBS as a great alternative. 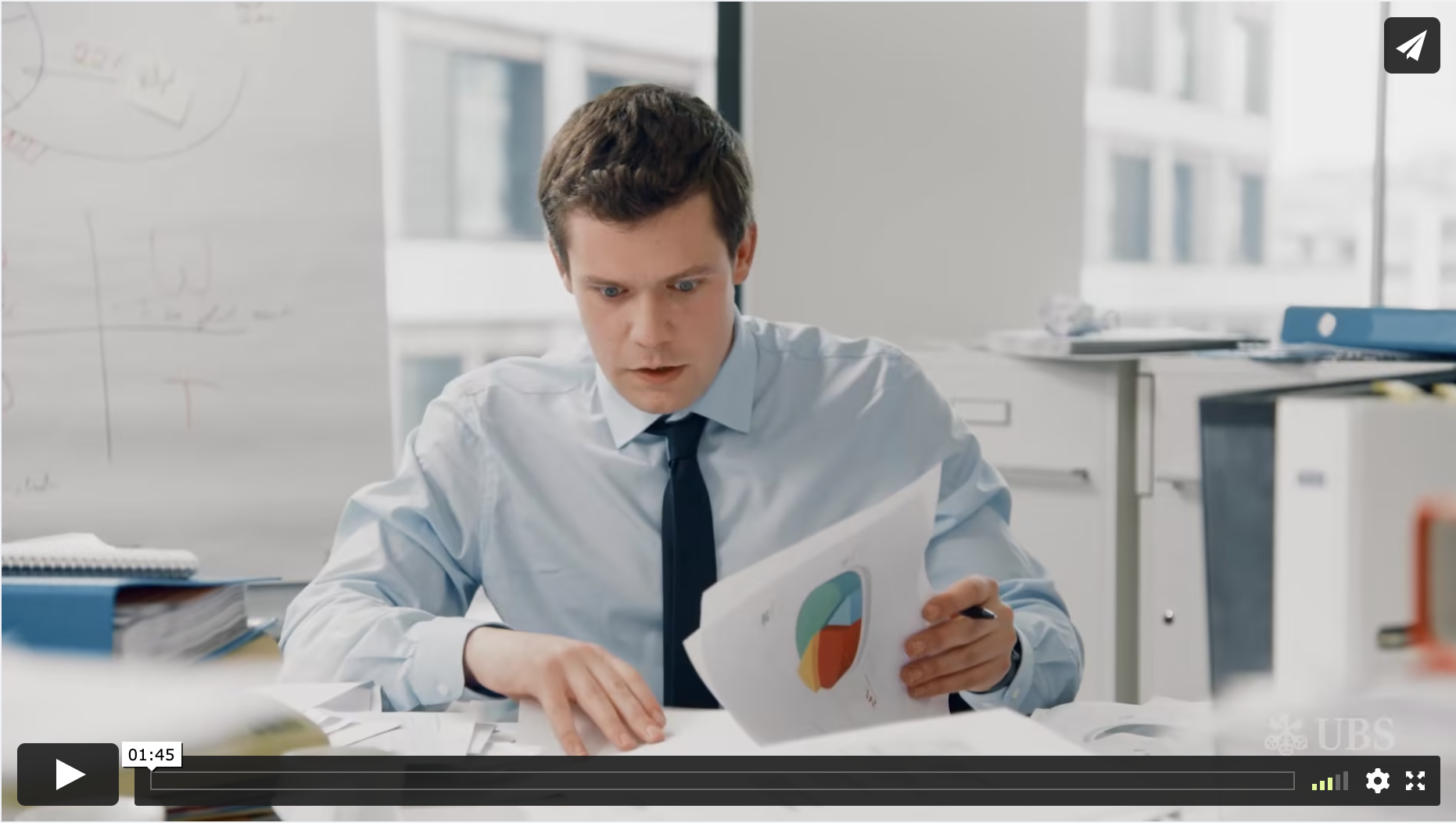 A video ad from UBS’s “Consulting, but different” campaign.

Surprisingly, as we rolled out these videos and measured their performance, we found comedic concepts that were unexpected and relatable to be the best way to achieve this goal. This led to many video concepts poking fun at typical, undesirable consulting situations and presenting UBS as an alternative. At UBS, consultants could expect the same principles of pitching, billable hours and projects as in these bigger, external firms, but with a greater work-life balance and longer-term clients.

Even the name of the campaign, “Consulting, but different” derives from humor, as it plays on professional jargon often featured in industry-related meme accounts, which we discovered our target audiences regularly engaged with.

Where many companies often get tripped up in their video campaigns is targeting, specifically with how broad to make it.

Throwing everything at the wall and seeing what sticks might produce results, but not nearly as effectively and affordably as data-backed, more precise targeting, especially if your target audience is small.

That’s why we determined our budget first based on how big our target audience was and what the potential reach was. We then used our previous campaign data to make assumptions before we started on how much is needed to achieve certain results (external benchmark data can fill in if you don’t have any previous campaigns to reference). Finally, we ran a pilot to test our assumptions before going all in.

In the end, we realized that LinkedIn was the only one that offered precise enough targeting options to reach our target audience — passive candidates who are not necessarily looking for jobs. Through Adobe Audience Manager, we were able to build a pool of users for retargeting and make sure that candidates were shown videos best fitting their stage of the funnel.

For example, candidates who engaged with the original videos were shown additional videos featuring UBS consultants elaborating on the job and the benefits that come with internal consulting. The calls to action in these later-stage videos were also different than in the original, awareness-based videos, as they pointed candidates to a landing page to apply directly. 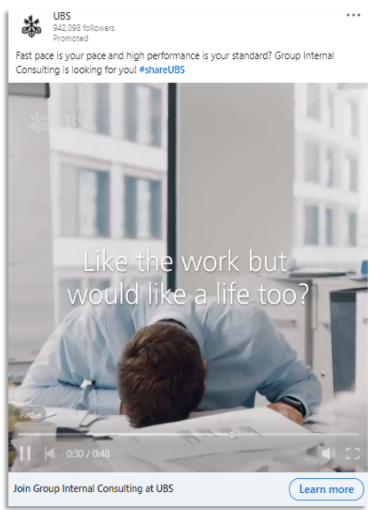 An example of a video shown to candidates in the awareness stage of the funnel. 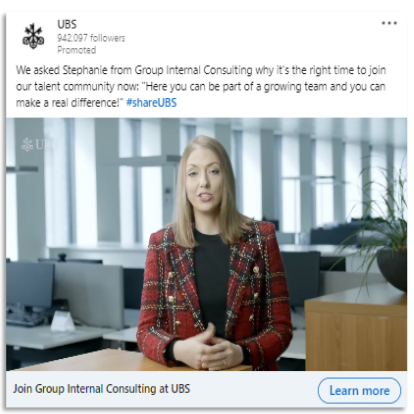 An example of a video shown to candidates in the consideration stage of the funnel. 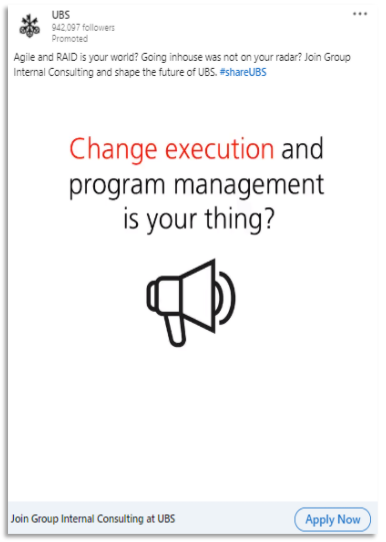 An example of a video shown to candidates in the application stage of the funnel.

This precision-over-reach approach had another, unexpected benefit: candidates and employees alike loved the content so much that they willingly shared it in their networks. In fact, the campaign created so much buzz that our employees got contacted by potential candidates, and even partners at consulting firms, reaching out to comment on the campaign.

Data didn’t just get us to launch day, it also helped continuously improve the performance of our videos once they hit the feeds of our target audience.

Throughout our pilot stage and beyond, we measured a variety of different marketing and recruitment metrics across the different parts of our funnel, including reach, engagement, clicks, website visits, time on site and, eventually, number of applications and number of successful applications.

In the end, our “Consulting, but different” campaign produced the following results:

And as per the positive reception from employees, candidates and industry professionals, the campaign also produced unprecedented amounts of engagement and sharing on social media.

Looking at what drove the success of “Consulting, but different,” I’d recommend to my fellow Recruitment Marketing professionals the following: don’t create a video just because someone thinks it’s a good idea.

Instead, consider what you want to achieve, use data to come up with a strategy to achieve it, prioritize precision over reach, involve your target group to challenge and validate your content from day one and test and measure at every step along the way.